Congratulations to Erin Cigich, Perform[cb]’s CEO, on 10 Years in the Biz!

Congratulations to our CEO, Erin Cigich, on celebrating 10 outstanding years here at Clickbooth. Behind Erin’s sweet smile is her shear determination and will to constantly explore new opportunities and push boundaries in everything she does. We are so proud of Erin’s accomplishments thus far and can’t wait to see what she does in the future.

During her tenure here at Clickbooth, Erin has achieved some pretty amazing things both inside and outside the office. She says it’s definitely been a journey since graduating from the University of Florida and quickly working her way up through the company. “Since graduating, I’ve held 6 positions and worked in 4 office locations. Our current office that Vannesa and I designed from the studs up, is my favorite! As the CEO, I get to sit on the floor in the same space as the whole team. I feel like we are truly living our culture, not just speaking it.”

Some of the things that have topped her list include partying at Pacha in NYC, celebrating her birthday with DJ Tiesto in Las Vegas, booze cruising on Lake Washington, and even eating goat brains at Gaggan, Asia’s #1 restaurant. 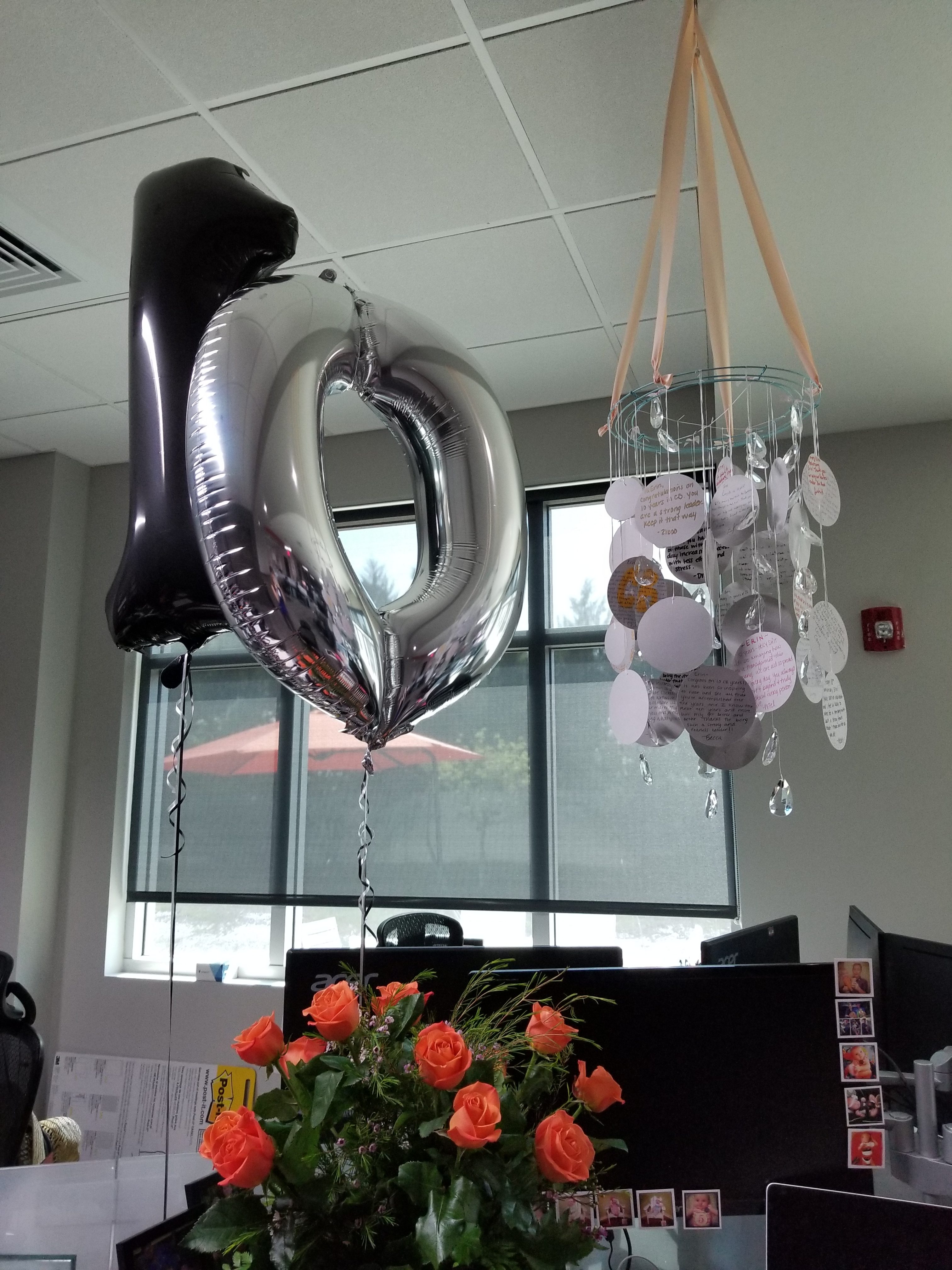 Life hasn’t been all fun and games though. Erin has grown up with Clickbooth and has accomplished some pretty impressive things

And she’s traveled to: 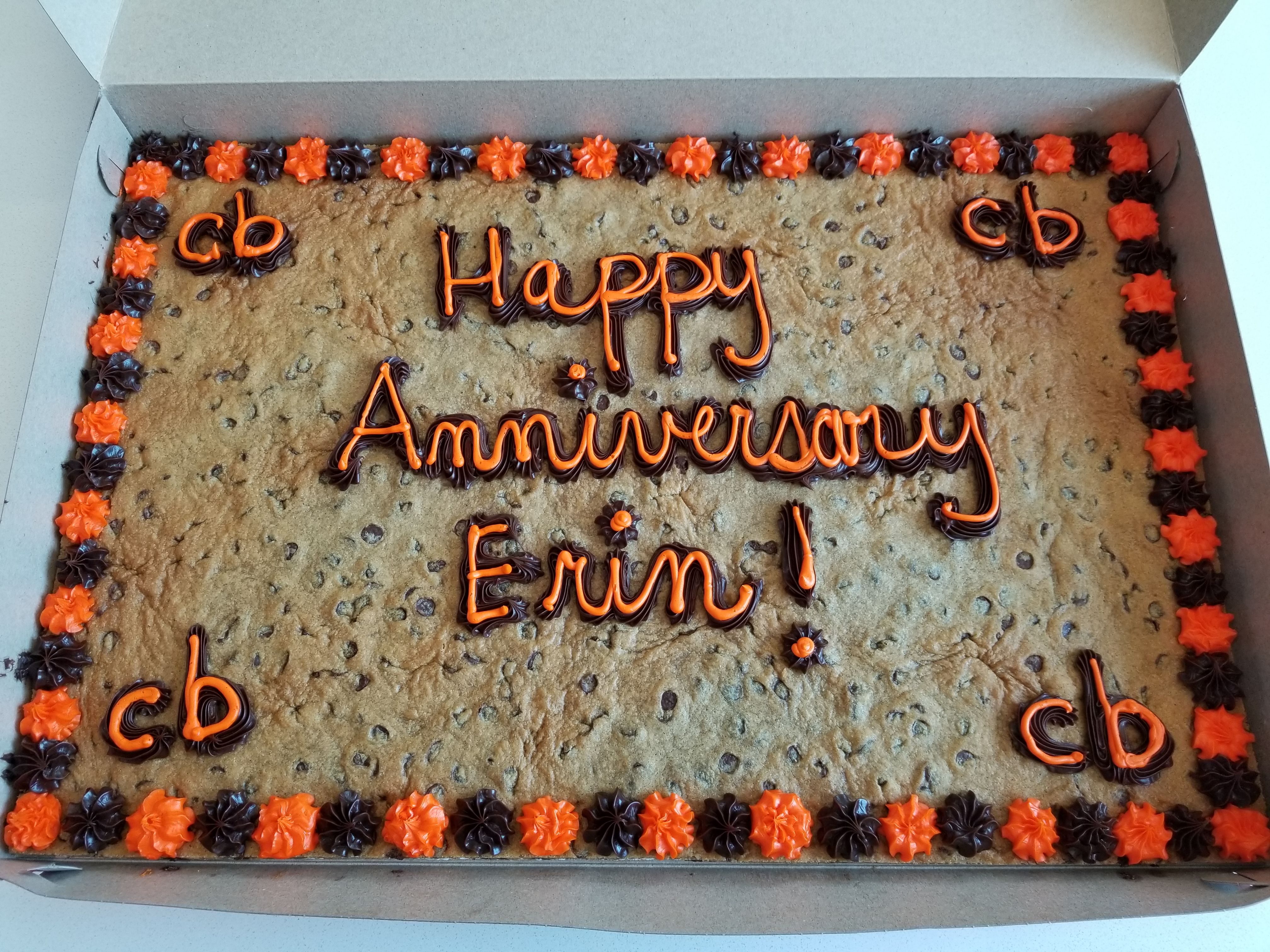 But that’s not all! She also had the pleasure of winning the TBBJ Business Woman of the Year Award not once, but twice. Additionally, she received the Florida Glass Ceiling Award and the UF Young Alumni Leader of the Year Award. The ultimate privilege was speaking at her Alma mater.

Erin says the most important thing that has happened so far is that she’s “gotten to go to work every day with people who are at the top of their respective fields. I know I’m working with the industry’s best and most passionate. And, I’ve made some of the best friends of my life here”. 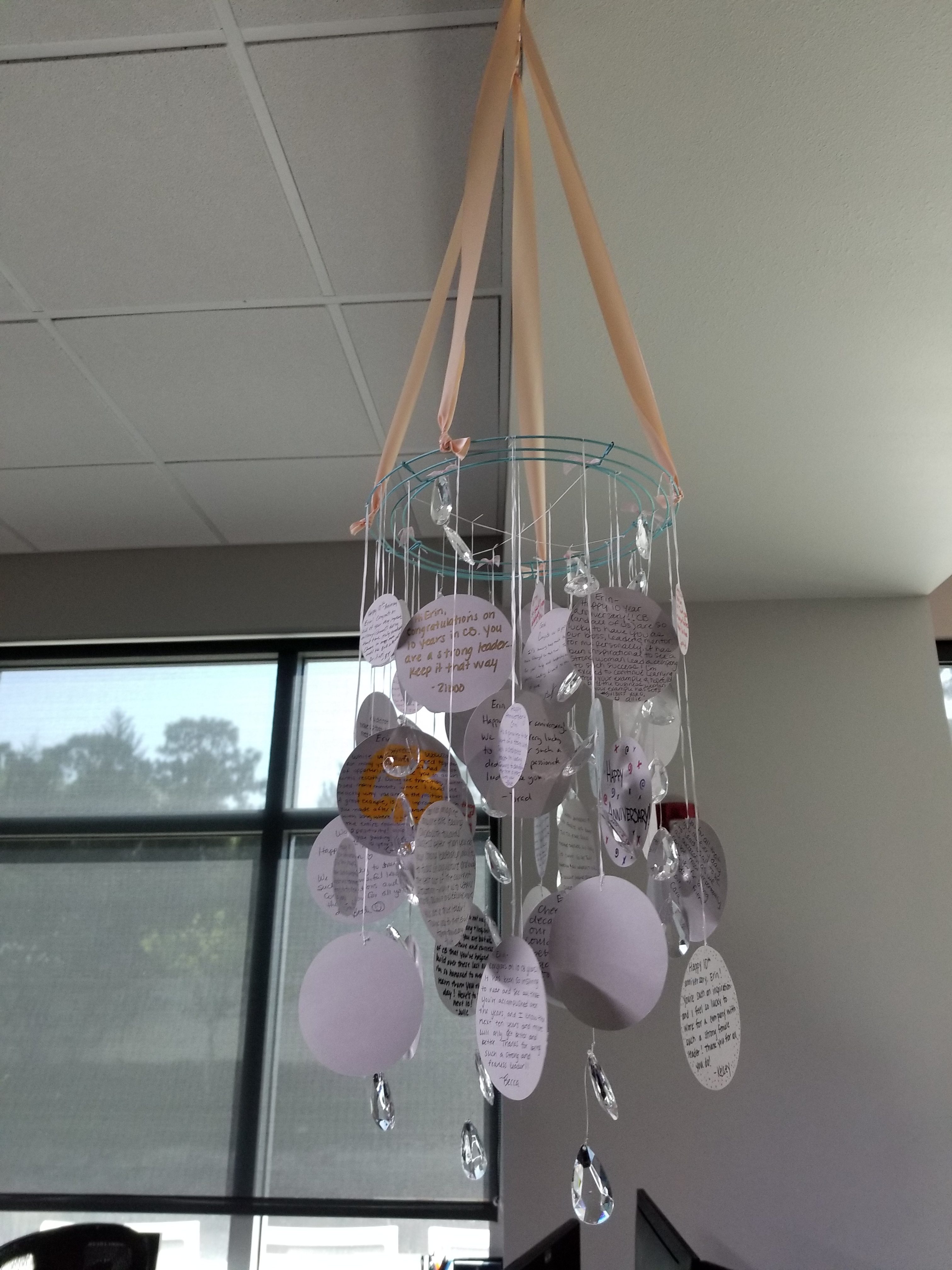 Pictured Above: Erin’s whole team came together to create a chandelier of well wishes to celebrate her anniversary!

Things that happened the year Erin was hired:

Erin’s horoscope on the day she was hired:

Some upsetting news regarding money could throw you into a dither today, Capricorn. Perhaps a check you’ve been expecting hasn’t arrived on time. Maybe the bank has made an error regarding your account. It isn’t anything that can’t be straightened out, though it’s going to be a pain making all the calls. Basically, all should be going very well for you. This is only a temporary setback.

Good thing she started a job on this day! 🙂