Congratulations to Colleen Rittenhouse on a Successful 10 Years!

Congratulations to Accounts Receivable Manager, Colleen Rittenhouse, on celebrating an amazing 10 years at Clickbooth on July, 18! It seems like just yesterday you were beginning your journey with Clickbooth, so it’s hard to believe that 10 years have already flown by!  We can’t express how much we value you at Clickbooth and we are looking forward to all your future successes! 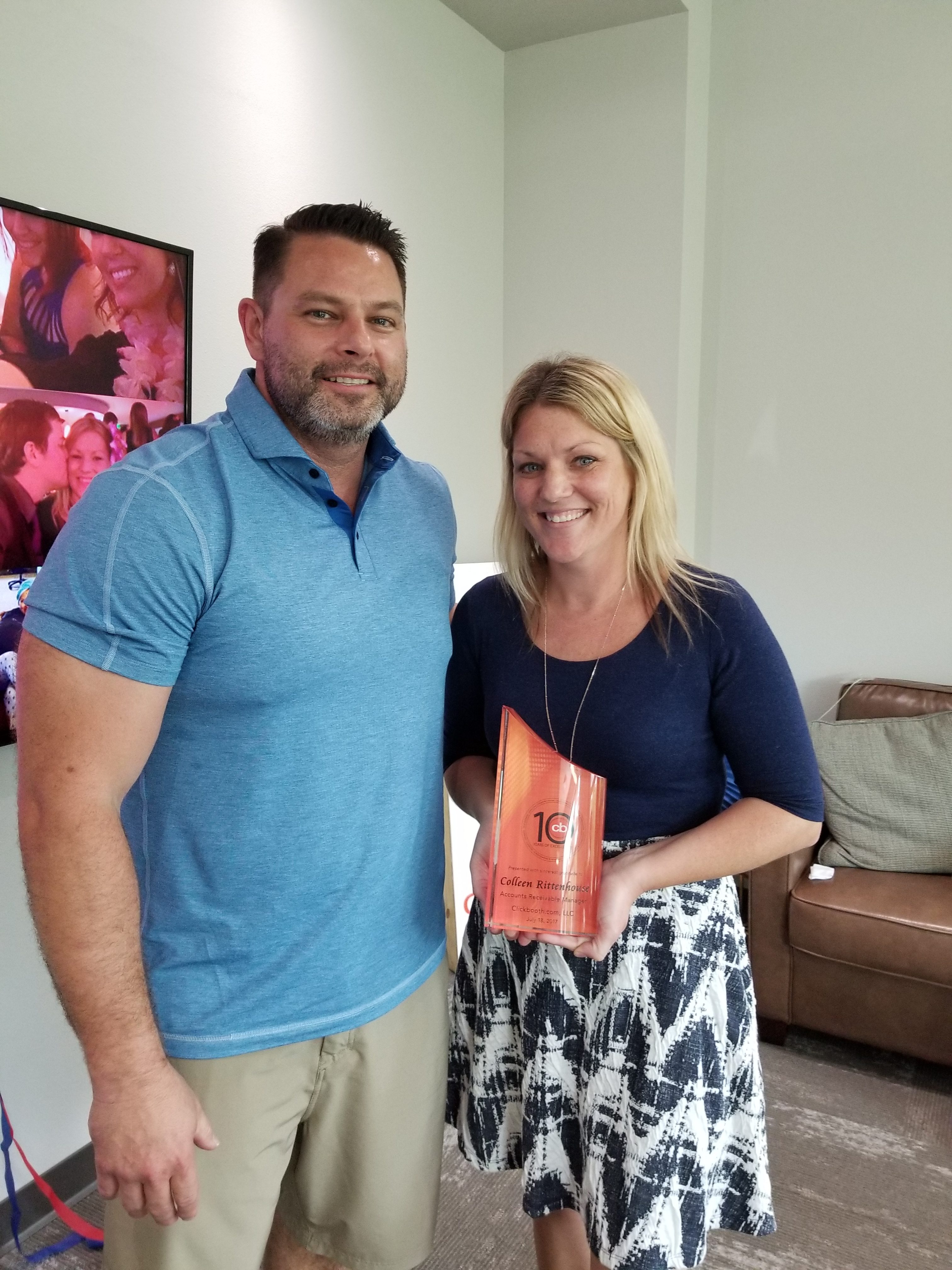 During her tenure here, Colleen has accomplished some pretty great things inside and outside of the office. Some of the items include:

Besides accomplishing some great things, she also has some tips for others:

Things that happened the year Colleen was hired:

Colleen’s horoscope on the day she was hired:

Being asked a favor is nothing new to you. You’re always available when a friend or family member calls, whether they’re looking for a loan, a ride to work or a shoulder to cry on. You pride yourself on being a good and loyal friend — and there’s no reason to expect that to change. You may need to think for a second before you respond to this latest plea for help, though. It’s a big one and you may not want the responsibility.