Congratulations to Accounts Receivable Associate, Tracey Duncan for celebrating an amazing 10 years with Clickbooth on June 7, 2017! We are so excited for the next 10 years with you and can’t wait to see what you accomplish. You have been such a staple to our industry so far and have grown so much with our company along the way. 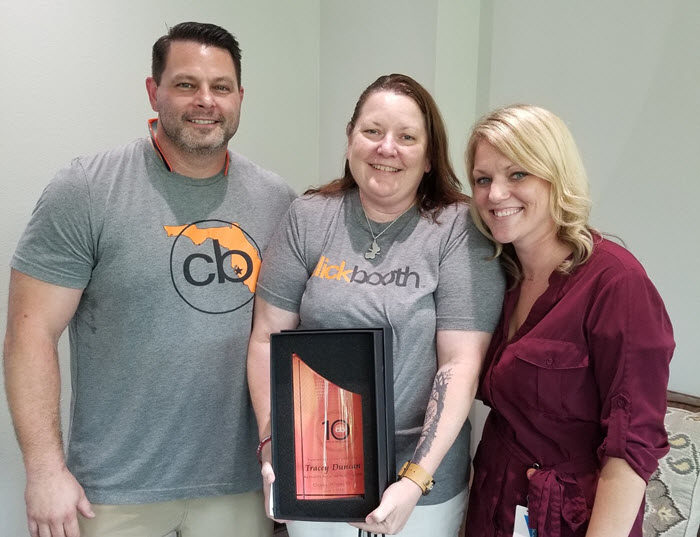 Tracey being presented with her 10 year award

During her tenure here, Tracey has achieved some pretty amazing stuff inside and outside of the office. Some of the many things she has done so far include:

Things that happened the year Tracey was hired:

Tracey’s Horoscope on the day she was hired:

Mercury continues to transit your solar fourth house. Your thoughts tend to revolve around personal matters, especially family, home, and domestic issues. You enjoy, more than usual, discussions and stories about the past and about family.