Another year, another trip to fabulous Las Vegas for Affiliate Summit West. It’s the perfect conference to kick off the new year, though the City of Sin does test a New Year’s resolution or two.  Don’t forget to take a look at Clickbooth’s guide to Las Vegas to plan your trip before boarding that plane.

In between your packed days of meeting with affiliates, vendors, merchants, and exhibiting on the tradeshow floor, we insist that you explore all that the city has to offer. From the infamous nightlife to one-of-a-kind experiences and world-class dining, Las Vegas has something for everybody.

Check out some of our recommendations for your upcoming trip!

The Mob Museum:
Otherwise known as the National Museum of Organized Crime & Law Enforcement, the Mob Museum is an interactive journey through the beginning stages of the Mob to this year’s top news stories. Having opened in 2012, this fairly new museum gives a veridical view of the impact organized crime has had on global society as well as a deep dive into the everlasting battle between the Mob and the law. The true stories and interactive exhibits are guaranteed to suck you in – you won’t want to miss this stop on your trip. 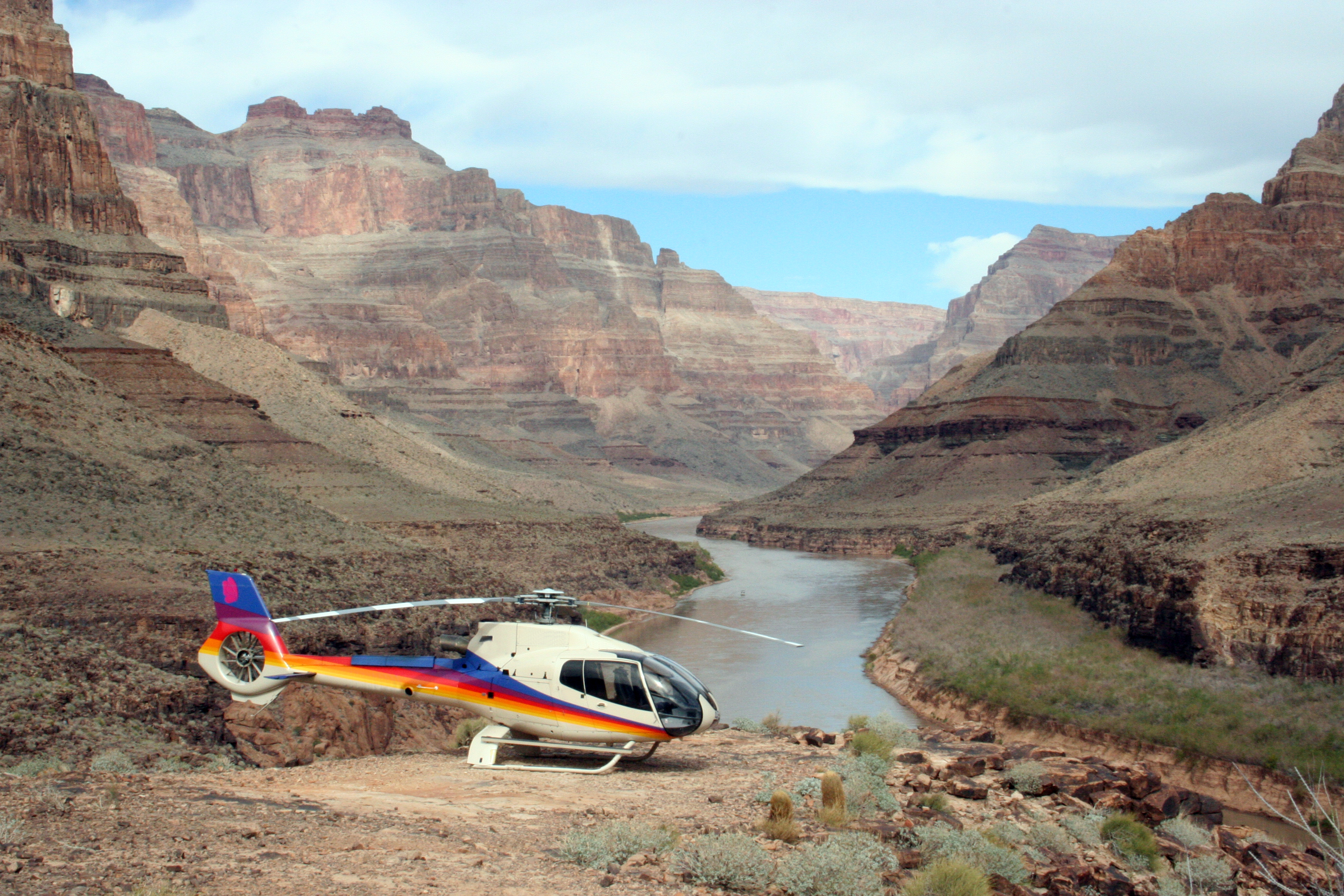 Take a helicopter trip:
If you want to get out of the city, a half-day or full-day helicopter tour over the Grand Canyon is one of the main attractions in the area. For a bird’s eye view of one of the United States’ most incredible natural wonders, this is the way to go. If you’re looking for the same view of the Strip itself, there are also a number of different companies that will give you a view from the sky. Enjoy 10-15 minutes (depending on the company) of airtime flying over and around the Strip, a hotel pick up/drop-off by limousine, and complimentary champagne before your flight.

Bootleg Canyon Flightlinez:
This zipline tour through the Red Mountains gives guests the opportunity to get outside and fly up to 60 miles per hour over the desert. If you choose to take one of the morning tours there’s a great chance you’ll see some of the wildlife that inhabits the Red Mountains, like bighorn sheep, hawks, and desert lizards. A van brings you toward the top of a mountain in Bootleg Canyon, where there’s a 15-20 minute hike to the first platform. Once you’ve made it to the top, located about 3,800 feet above sea level, ziplines bring you back down to the ground. It’s an awesome way to get outdoors and see some of the beautiful Nevada landscape.

Fountains at the Bellagio:
A guide to Las Vegas wouldn’t be complete without the Fountains at the Bellagio.  Every half hour from 3:00 p.m. to 8:00 p.m., then every 15 minutes from then until midnight, the massive 8.5-acre fountain erupts with a show unlike any other. With 1,214 jets that send the water up to 460 feet in the air, the fountains perfectly synchronize with music from old school stars like Frank Sinatra and Elvis Presley, to modern-day artists like EDM DJ, Tiesto. It’s one of the few truly free things in Vegas, and with showtimes so often, there’s no reason not to make a stop for the iconic attraction. 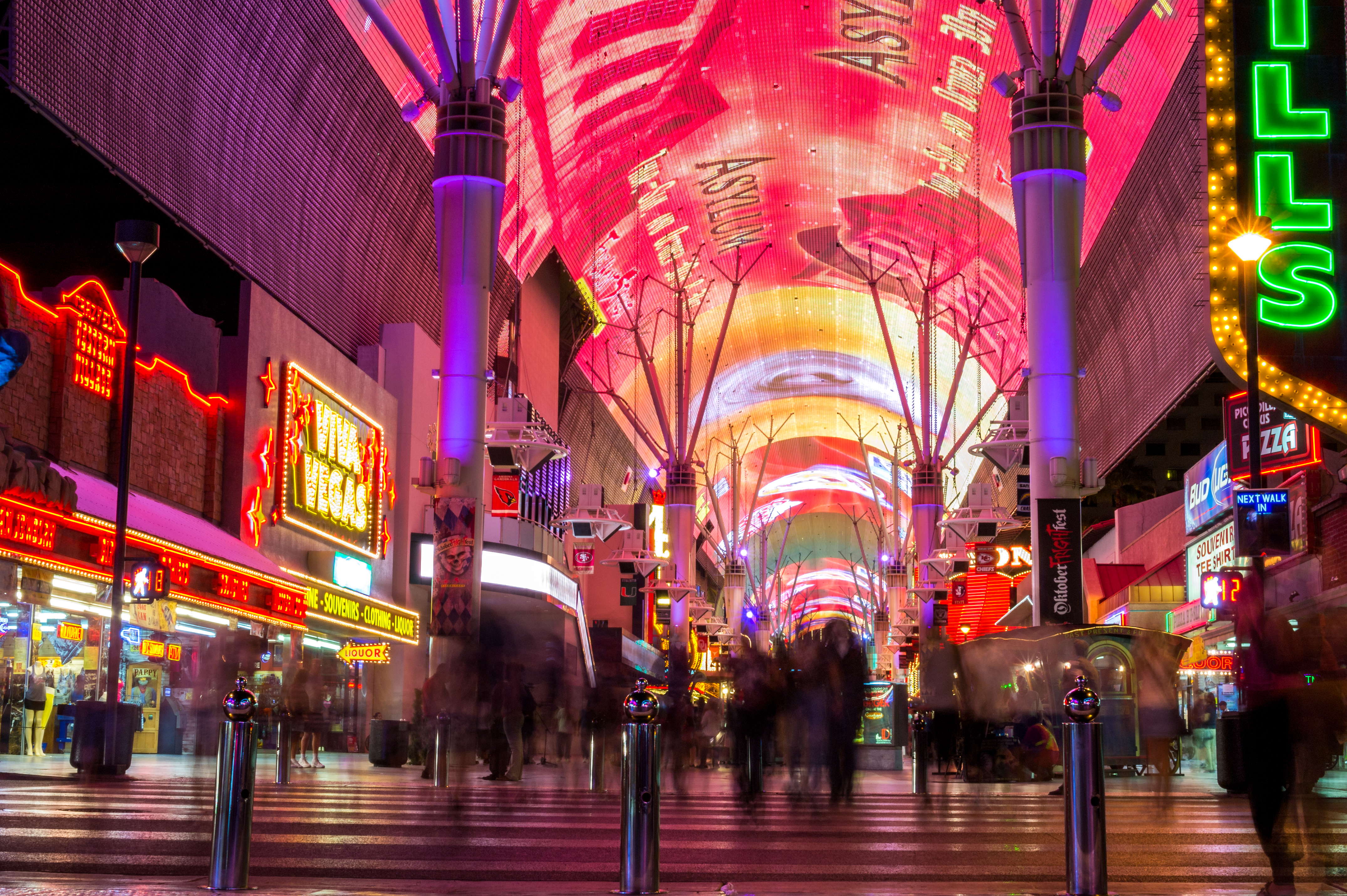 The Fremont Street Experience: Known as the “Old Las Vegas Strip”, Fremont Street is a can’t-miss spot in Downtown Las Vegas. Gone are the days when this area was simply known for cheap hotels and cheap gambling. With recent updates and renovations over the past few years, Fremont Street has been given a new breath of life, and serves as a fun break when you need a respite from the pricier Las Vegas strip. Though it’s open 24/7, we recommend visiting at night to see the street signs and massive LED canopy glitter with light. Enjoy the quirky shops, live acts, and great food on this street of old Las Vegas.

Cirque du Soleil:
Based in Montreal, Canada, Cirque du Soleil is the largest theatrical production company in the world. Each show is an artful blend of acrobatics and otherworldly dance routines, with its own theme and plot-line. They have six shows permanently based in Las Vegas: O, Ká, Michael Jackson ONE, The Beatles LOVE, Zumanity, and Mystére. There’s a show for everyone, but no matter which you pick, you’re in for a breathtaking experience.

Mr. Mama’s:
Widely considered one of the best restaurants in Vegas, this breakfast and lunch cafe is consistently given stunning reviews on both food and service. Known for their Cali Omelet, Chicken Fried Steak and Eggs, and giant cinnamon rolls, a meal at Mr. Mama’s is a must-do when you’re craving a classic American meal. And with plenty of meals at $15 or less, this stop won’t break the bank!

Raku:
In Japanese, Raku means “enjoyment”, and this restaurant easily lives up to its name. With an extensive menu of fresh Japanese food, a casual vibe, and low lighting, you’ll welcome the calm atmosphere after spending the day under the bright Las Vegas lights. An authentic robata grill sits at the heart of the restaurant, where chefs churn out exquisitely presented food that’s packed with flavor. Make sure to call in a  reservation well in advance, as Raku is consistently full and it can be challenging to get a table with short notice. 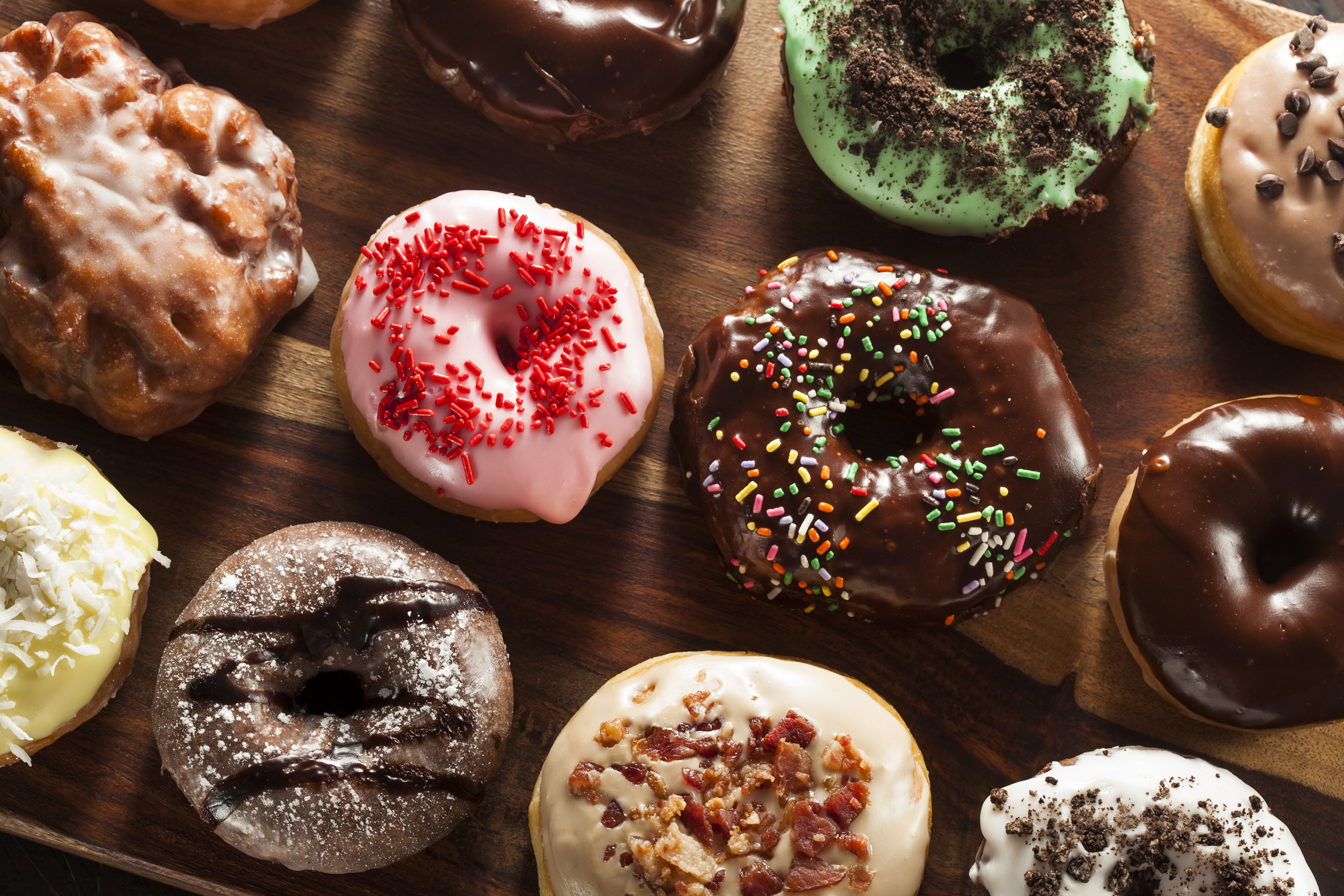 Gourmet Donuts from The Donut Bar

Donut Bar:
This gourmet donut shop brings to life some of the most extravagant donuts you can wrap your mind around. Self-proclaimed as the “most award-winning donut shop in America”, they’ve got everything from sweet to savory in their donut arsenal. The Donut Bar is located in the heart of Las Vegas and is open from 7 am until they sell out. Be sure to get there early if you want to try the likes of the Unicorn Donut, Mexican Hot Chocolate Donut, the Big Poppa Tart Donut, and many more.  This stop is definitely worth a star in our guide to Las Vegas!

Beerhaus:
With a great selection of world beers and high-quality bar food, Beerhaus is the place to be for any sports bar fan. There’s indoor and outdoor seating, TVs everywhere, and it is right down the street from the T-Mobile Arena. People love it for its consistently good food, live music, and pleasant staff. Happy Hour is the time to be there, with four dollar beers from 2-6 pm.

Golden Tiki:
While the name alone may come off as a kitschy tourist trap, the Golden Tiki is a hidden gem in Las Vegas, catering to many locals. It’s filled with funky Polynesian artifacts and serves all of the tropical drinks you could ask for, but they also have a full bar with tap beer for those not too interested in the “rum paradise” that is the Golden Tiki. The enthusiastic staff, extensive menu, and unique vibe make this a cult favorite in the Vegas area. 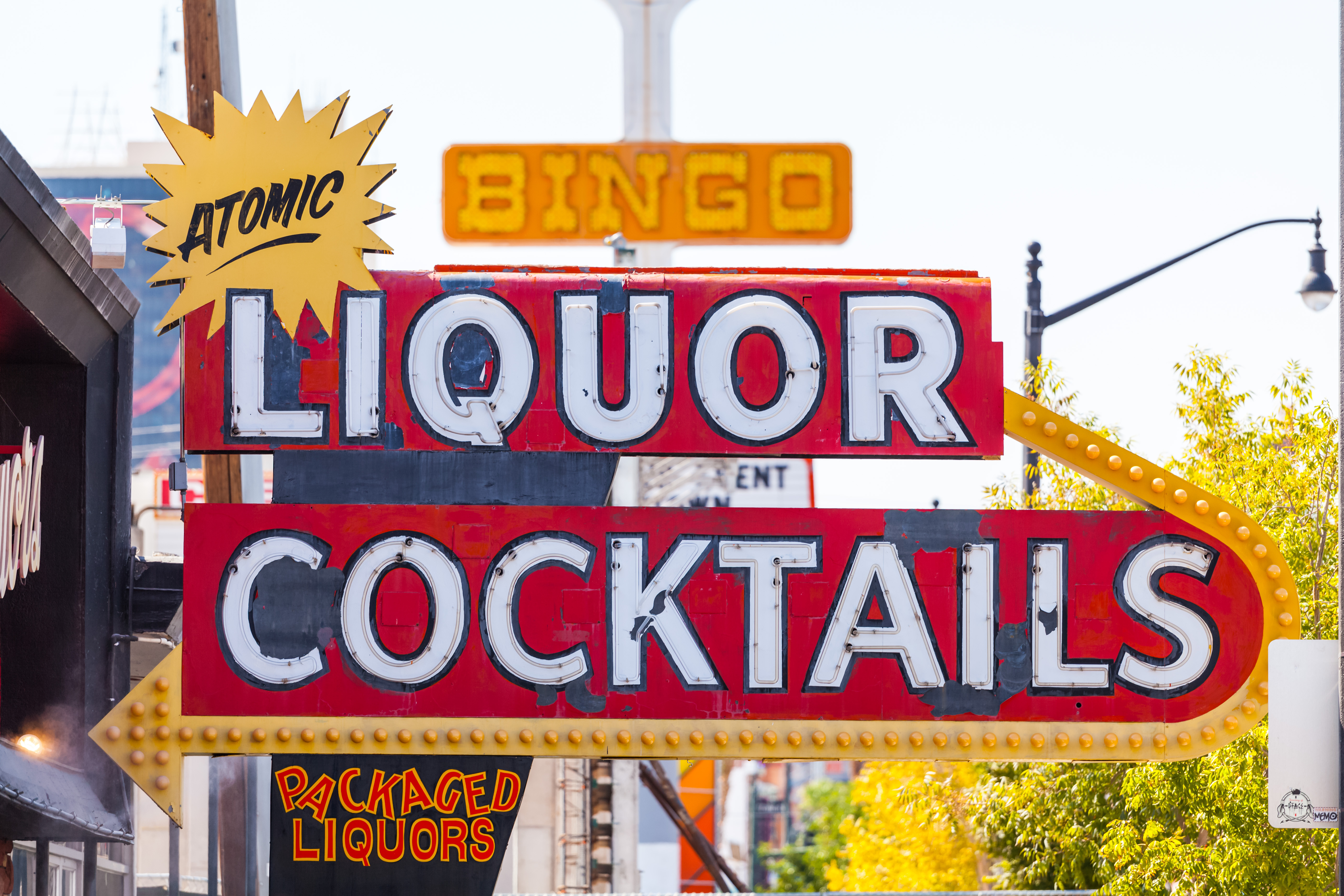 Atomic Liquors:
As Las Vegas’ oldest freestanding bar, Atomic Liquors is full of history as well as good drinks.  This was an easy add to our guide to Las Vegas.  The property was purchased in 2012 and remodeled back to its original state. During the construction, a floor safe was found that they kept in its original place and is now covered with glass so guests can get a good look at this piece of history. With almost 30 different beers on draft at any given time, there’s no shortage of what to sip on while taking in the history surrounding you. Guests in the early 1950s would sit on the roof and watch the nuclear blasts from the nearby Atomic Test Site. Going inside Atomic Liquors will take you back to that time, when Vegas was known solely as Atomic City, U.S.A.

Attending AWE 2019? The Clickbooth team would love to meet with you.

Submit the contact form below to arrange your meeting time.