Snow in Florida? On a normal basis, that would be something most Floridians would find humor in. However, this year Florida seems to be participating in winter and leaving behind some powder in a few cities.

We all tire of the warm weather and sunshine every once in a while. Lately, we have been having some cooler weather, which has definitely not gone unnoticed in the office. Since Sarasota wasn’t a city that received any snow, Clickbooth decided to take that matter into their own hands.

One morning, as the team braved the cold (a high of 58 degrees is a big deal when you’re a Floridian), a machine was set up outside so that tiny bubbles resembling snow could float by the office windows. Proclamations of “It’s snowing!” filled the room and numerous members of the team ran outside to see what was going on. Additionally, a hot chocolate bar was set up in the cafe with items like chocolate chips, marshmallows and other various toppings.

While most in the office would agree we are partial to our warmer Sarasota temperatures, we definitely enjoyed our version of a “snow” day! 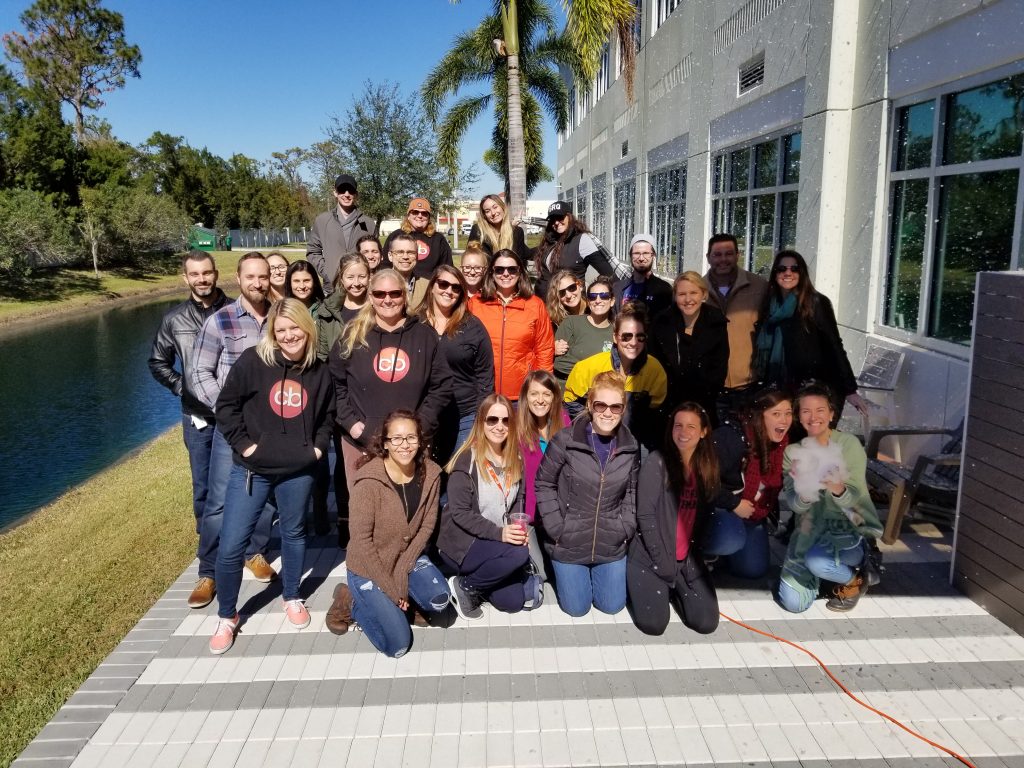