It’s hard to believe that we are already into the fourth week of 2018! December went by so fast, we barely had time to blink. But during those last few busy weeks, Clickbooth immersed itself in a number of fun activities for the team, as well as some that benefited the community too as we say goodbye to 2017.

Every year, Clickbooth participates in Guardian Ad Litem, which is a non-profit organization supporting children who, through no fault of their own, have been abused, neglected or abandoned and are dependents of the state. Though they are not considered “foster” children, all of these kids have been taken from their parents and are either living with grandparents or a caregiver who gets very minimal financial support. Many of these kids have nothing, so Clickbooth partners with them during the holidays in order to provide for local kids who may not have much of a holiday otherwise. 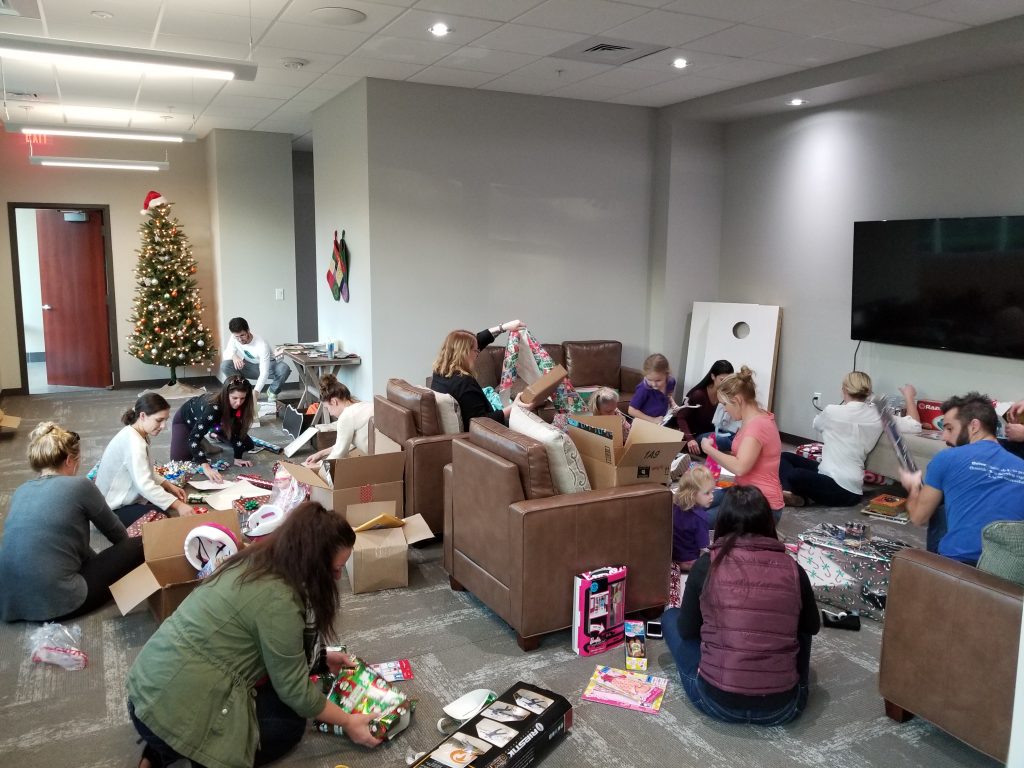 The office is divided into various teams and the teams are then given a list of children and their desired gifts. The teams will decide on a day to go shopping for the gifts and once every team has completed their shopping, the entire office gets together for a wrapping party. 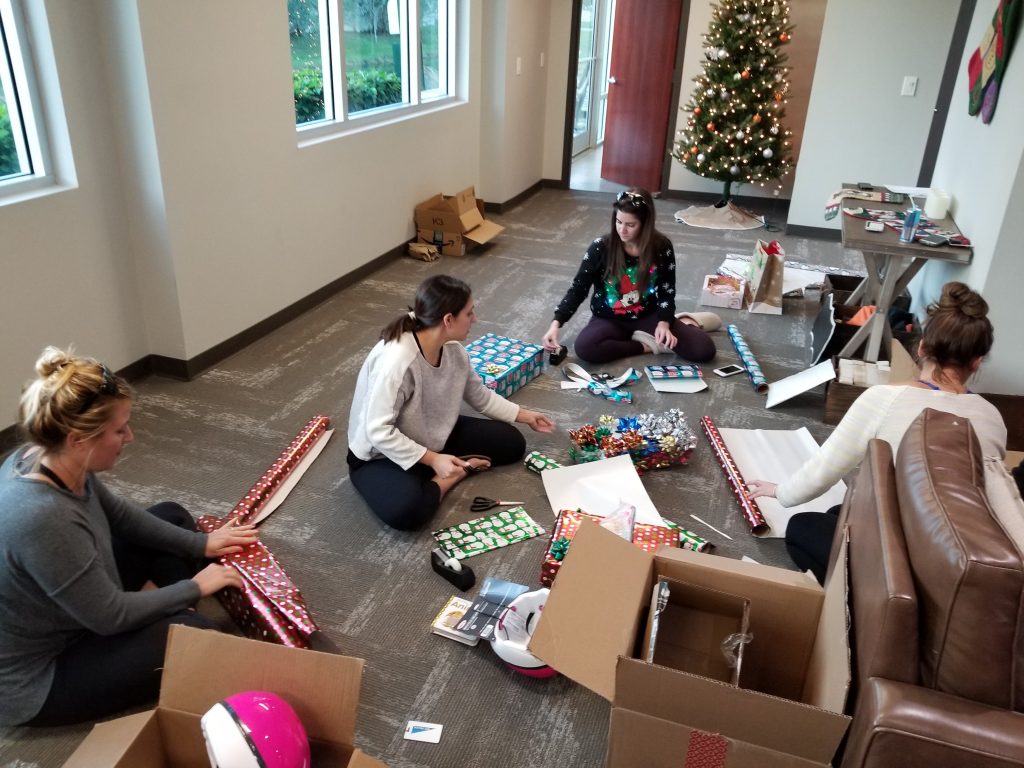 The holidays wouldn’t be complete without a “White Elephant”. If you aren’t familiar with this popular holiday tradition, a white elephant gift exchange consists of a group of people bringing in gifts. Everyone draws a number and then starting with the person that draws number one, a gift is chosen. The catch is, you can steal gifts from other people and the person that gets number one is allowed to go again at the very end. 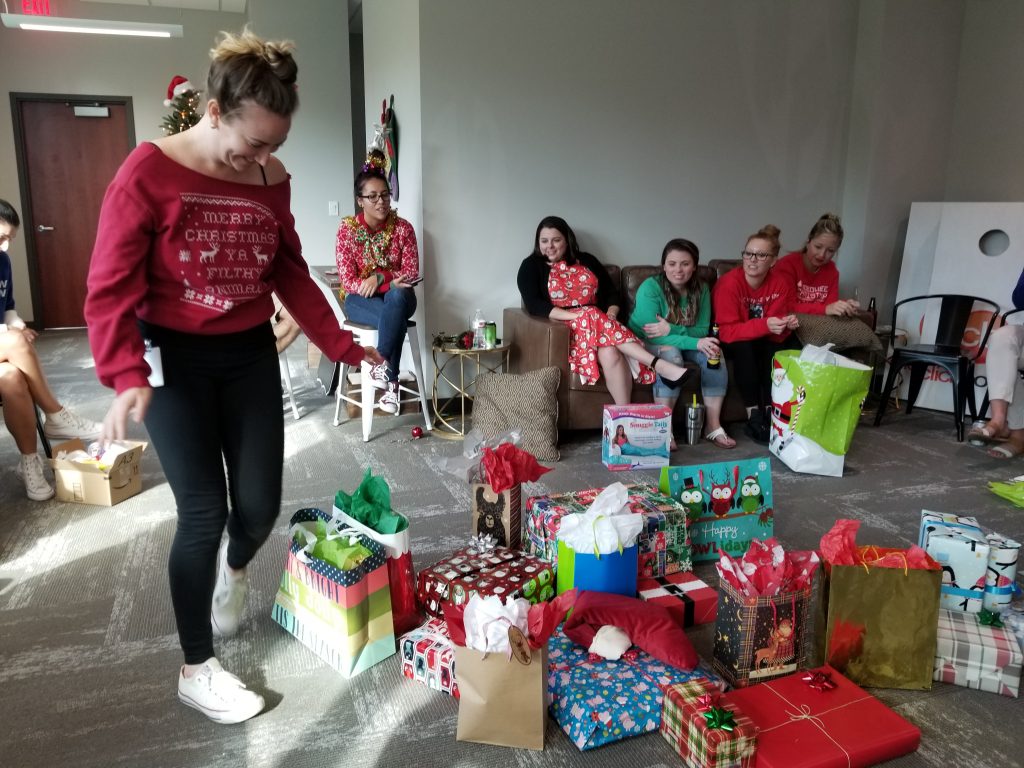 The team brought in some pretty great gifts: a llama cookie jar, a bottle of wine, a beautiful blanket and Cards Against Humanity. But there were also some gag gifts thrown in; such as a squatty potty and a “survival kit” that consisted of kleenex, soup, toilet paper and hand sanitizer. The event was a great way to kick off the season and share a few laughs.

Clickbooth finally ended the year with a holiday party so amazing that we are still trying to visualize how the next holiday party will be able to top it.

While the party details were pretty scarce until closer to the event itself, the hype was built up rather fast and thankfully nobody was disappointed. One of the first clues came out during the first annual advent calendar for the office, where some members of the team won airplane ride tickets redeemable at the party. That’s right, airplane rides. 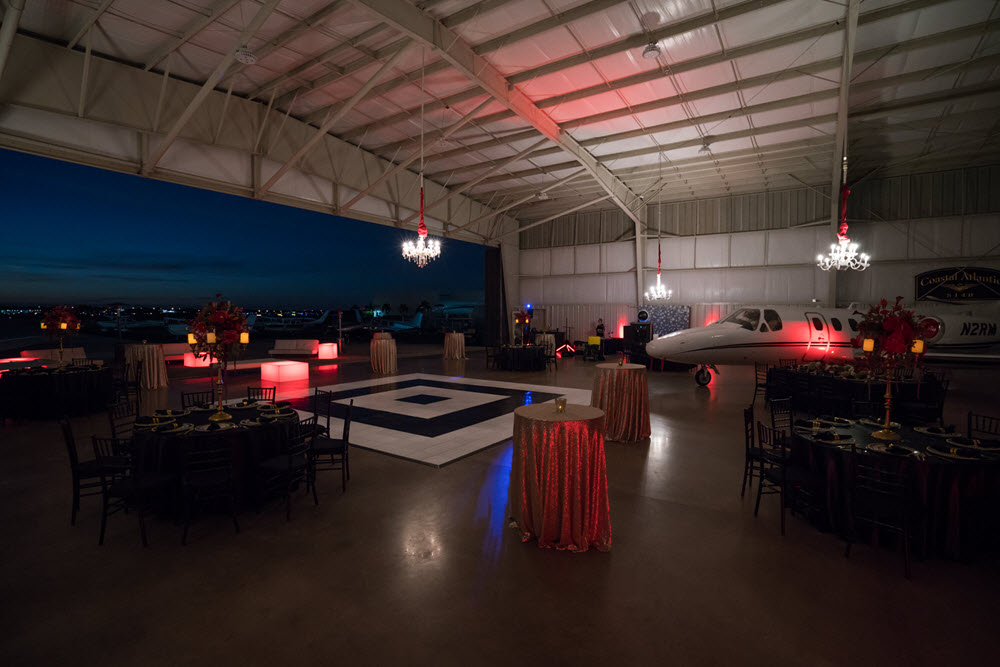 The holiday party was held at Universal Flight Services in a fully-functional airplane hangar. Small planes filled the room with their doors slightly ajar, offering the perfect scene for a picture. Multiple chandeliers hung from the ceiling and beautiful decor topped the tables, literally transforming the working hangar for an elegant evening celebrating the holiday season. Waitstaff filled the room offering champagne paired with items like pork tacos and chicken and waffles. 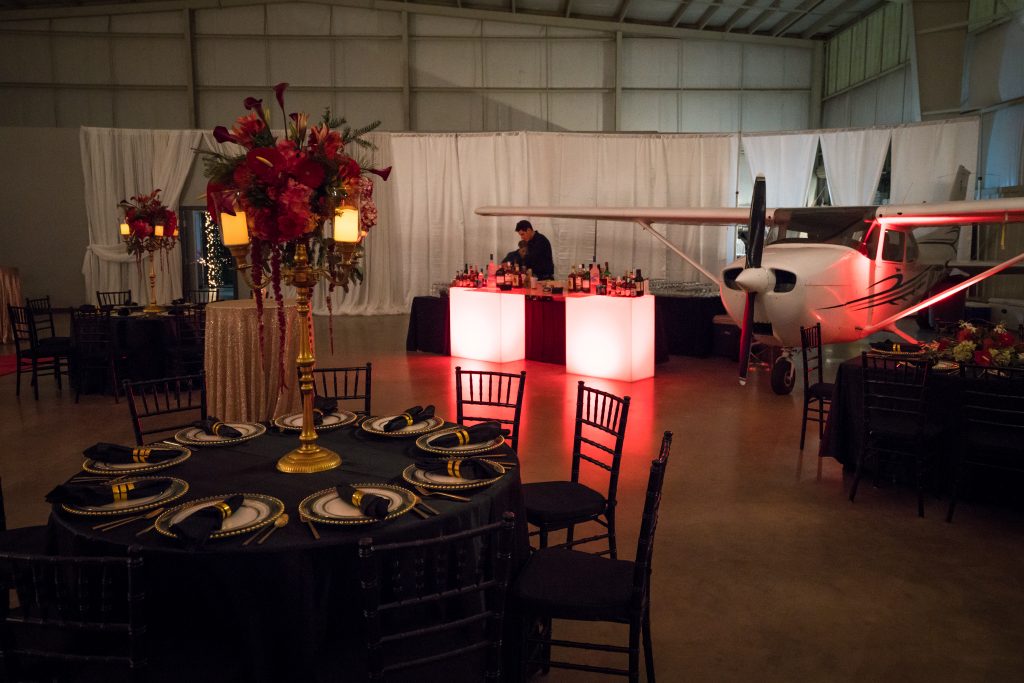 The night was truly magical from design to execution, but the most memorable part of the evening was the bond the team shared. We are looking forward to the rest of 2018 as we continue to “Think Bigger” and say “Goodbye” to 2017!