Clickbooth had a few tricks up their sleeves for Halloween this year, which led to a beer cart that did not disappoint! Since Halloween was on a Monday this year, Clickbooth celebrated early the Friday before during beer cart. 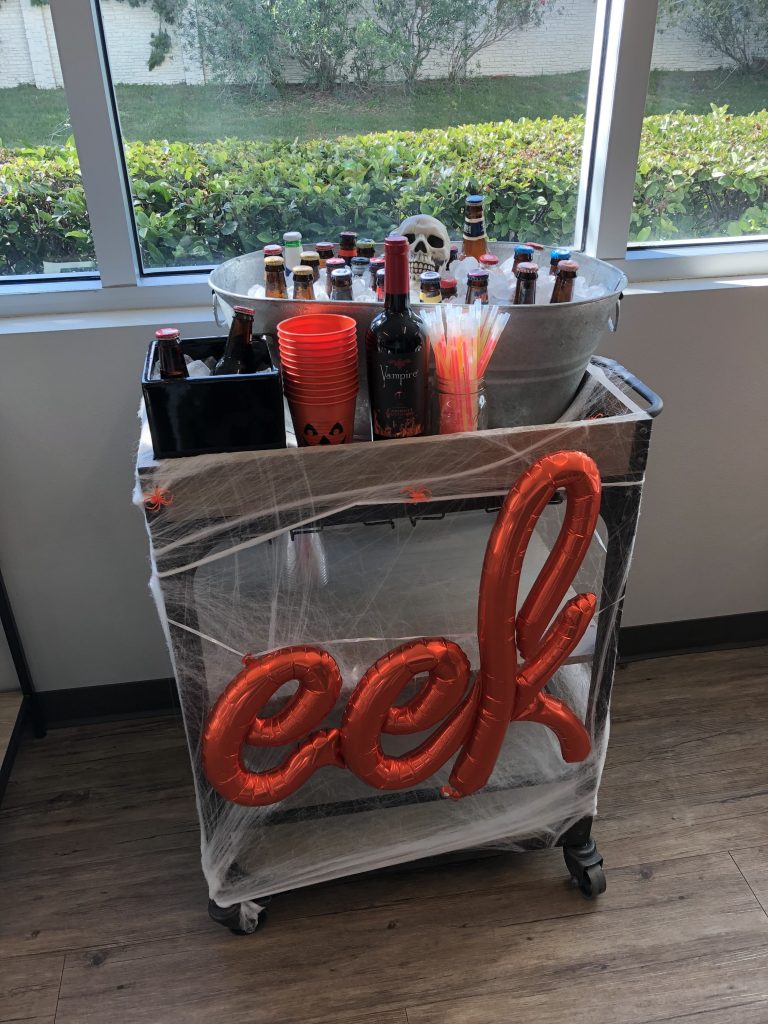 The beer cart itself was intertwined with spooky cobwebs, plastic black spiders, and an orange balloon that proclaimed “Eek”.  Next to the cart, a bright green concoction deemed the”Witches’ Brew” filled dozens of plastic cups. 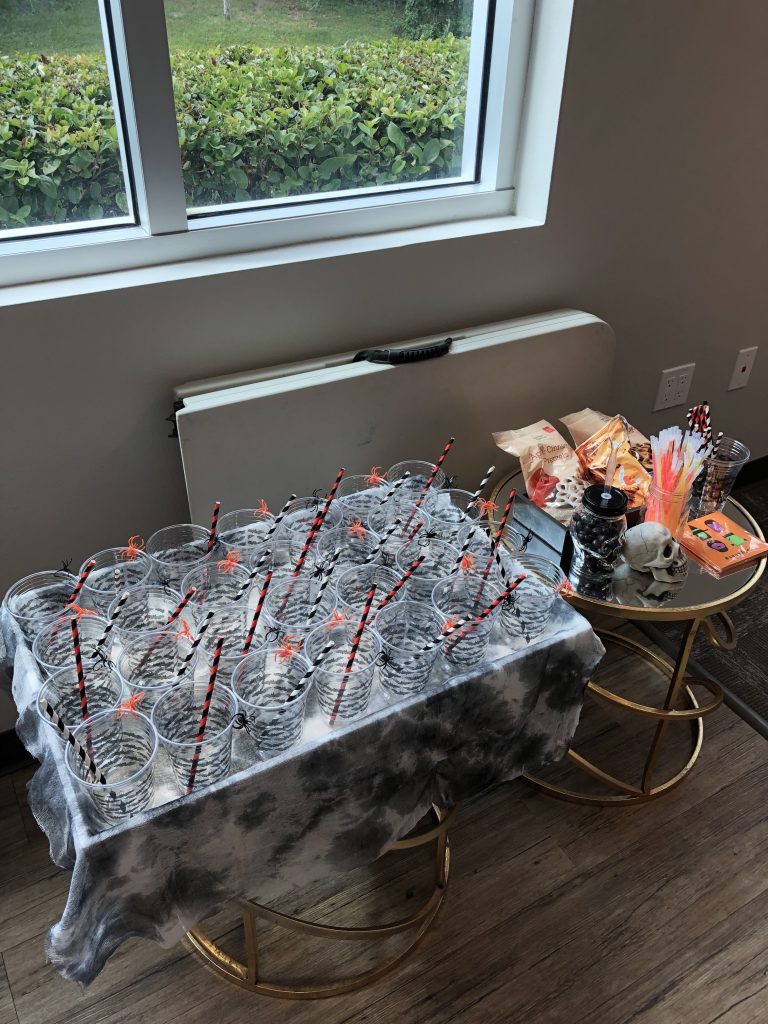 And of course, what would Halloween be without treats? A plate designed to look like a coffin was filled with apple cinnamon pretzels and pumpkin pretzels, while cookies and cream M&Ms sat in a skull cup nearby. 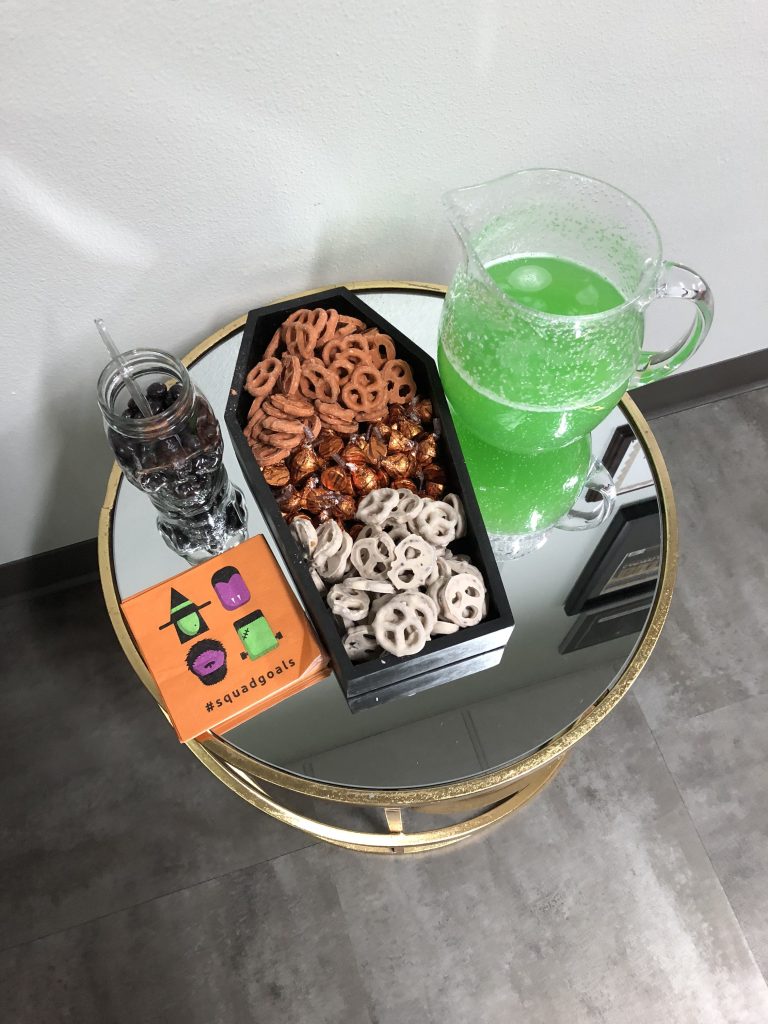 On Halloween day, Clickbooth hosted trick or treating for small visitors from the nearby Smarty Pants Pre-school. Dozens of kids dressed in Halloween costumes walked through the office collecting candy and trinkets from each pod. Even some of the Clickbooth team was dressed up to join in on the fun. The week after Halloween, Clickbooth collected any unwanted candy from the team to send away to the troops. 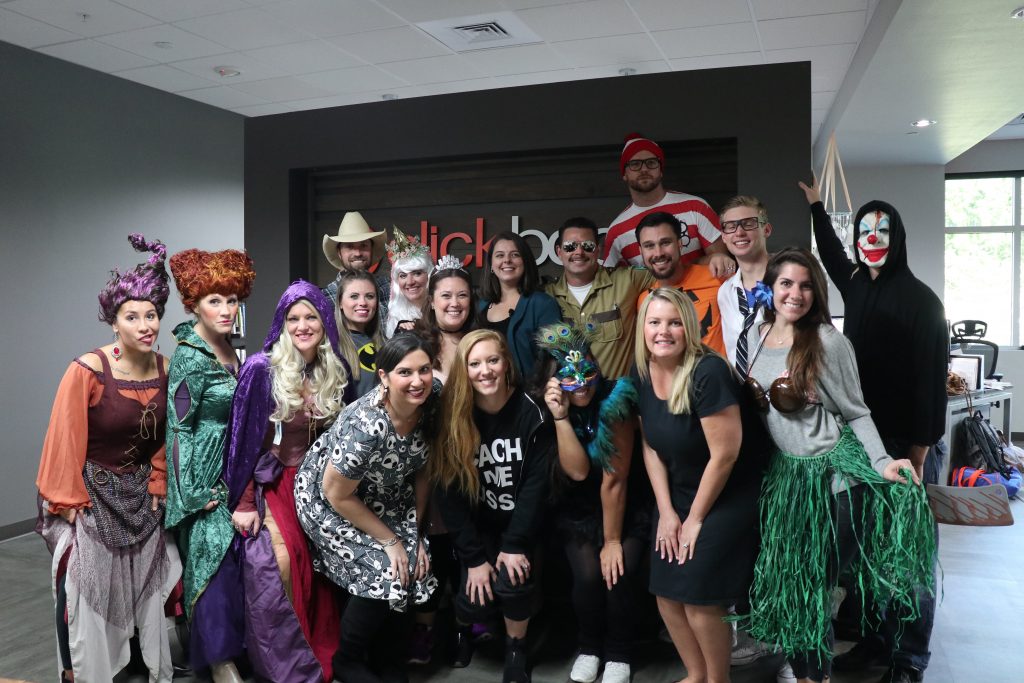 A truly spooky time was had by all!